Yes, I am still alive. I mainly post my stuff on facebook these days since that is where I get the best response.
But here is a review of Sick In The Head from Goregasmic Cinema I wanted to share with you.
Posted by Alex. G at 10:21 No comments:

Sick in the head digital version.


My comic is now on Comixology. Perfect if you wanna read it instantly or can't afford the paper version. If you are a Amazon user, you don't even have to create a new account. If you are a reviewer and want to write about this book on your site or blog, then leave a comment.

New artwork. NSFW version available for sale as a poster. 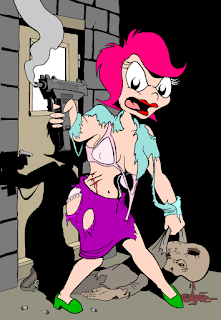 
Greetings!
I have released a new book. SICK IN THE HEAD is an absurd and twisted tribute to mad slasher and lesbian vampire films of yesteryear. The problematic filming of a vampire movie that takes a turn for the worse when a real vampire and her deranged goons show up. Filmproducer Larry and his nephew Willy try to get to source of the problem, while evil hunchbacks, indestructible psychopaths and a army of zombies try to do them in.

Available for sale at Lulu as either paperback or digital download and at Amazon.
And if you're on Facebook, you can like the comic here. Where I will post sketches, concept art and other neat stuff. 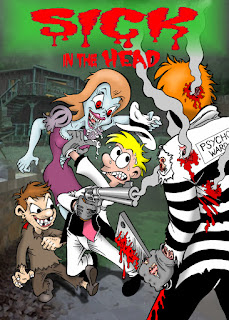 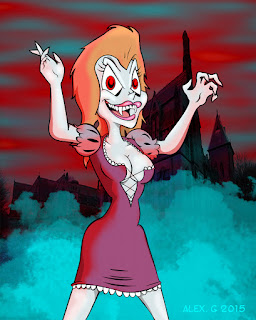 Dredd vs the dark judges 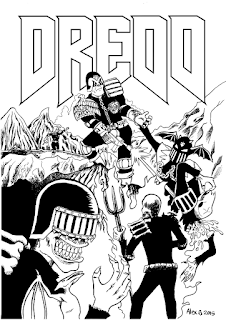 Some new art has been added to my store, go check it out.